On October 31 Thursday, China rolled out its largest ever 5G network. State-owned carriers China Mobile, China Unicom and China Telecom unveiled their 5G data plans on Thursday. The race around 5G has heated up.

Similarly in this year’s MWC19 LA from October 22 to 24, emphasized the most and publicized extensively throughout the expo floor, 5G is clearly the top trend of the show.

"5G is a big difference from 4G. With every G, we've had faster speeds," Ana Tavares Lattibeaudiere, head of North America GSMA said in the opening keynote of the show. "5G will certainly bring that, and will bring so much more. It'll be at the core of enabling services that require low latency, no network slicing, and the ability of having different qualities of service depending on what you're trying to enable. 5G is truly revolutionary."

The speed and bandwidth of 5G open up new possibilities for so many applications. Although, there hasn’t been any application that could make us feel those revolutionary changes 5G has brought, we could still try out some application examples at the show. For example, Verizon and Sprint both had a huge booth this time showcasing many applications including VR (Virtual Reality) and AR (Augmented Reality) applications enabled by their 5G network.

Today, everything is connected to the network and this paradigm shift is going to generate billions of data every day. Among all the data, location data, especially gps/gnss data is going to be a fundamental kind. There will be so many applications such as: self-driving cars, drones, asset trackers, fleet management tools, AR devices, requiring accurate positioning data. GNSS/GPS technology will become one of the most fundamental enabling technology underneath. 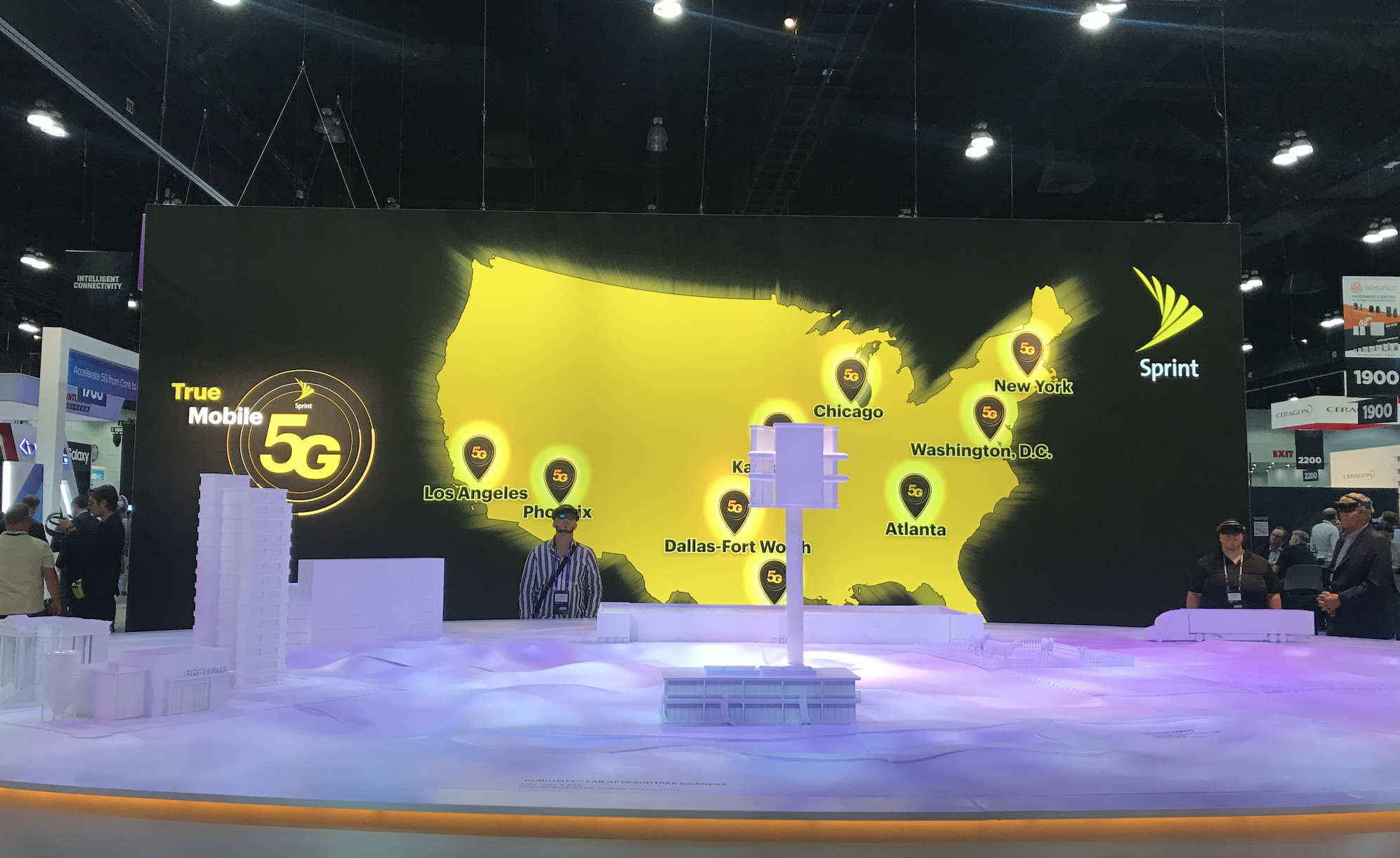 IoT is another trending technology at MWC19, but Lattibeaudiere in the opening keynote specifically accentuated the hype around narrow band IoT.

"Within the family of 5G technologies, there are two technologies that are done specifically for IoT. One is LTM (Local Traffic Manager), and another one is narrow band," Lattibeaudiere said. "Narrow band is specifically done for services that require very low bandwidth and a very extended lifetime. It enables you to have a battery life of years rather than days."

This extended battery life would enable a bevy of use cases for IoT that were impossible prior to narrow band, she said. For example, trackers and sensors wouldn't have to be charged every day or every week, which is expensive and time consuming. With narrow band, sensors could be placed on difficult-to-reach objects or used to collect data uninterrupted for longer.

Although GPS/GNSS sensor is one of the most power-consuming sensors in a device, Kolmostar’s ultra-low-power and high-precision GNSS/GPS positioning solution along with narrow band communication networks such as LoRaWAN and NB-IoT, is going to enable devices with limited battery to stay on for tens of years without charging at all. In fact, Kolmostar’s most recent GNSS positioning module JEDI-200 can reduce energy consumption by up to 150x compared to traditional GPS/GNSS modules.‍

Our revolutionary positioning technologies can also be combined with WiFi and other solutions in order to provide a seamless indoor and outdoor positioning experience as we noticed that such an experience is of urgent needs on the market.

We believe, from now on, LaaS (Location as a Service) will be one of the most popular services and Kolmostar’s ultra-low power high precision positioning solutions will be the key to your future success.